The USDA and HHS added yet another diet restriction to the Dietary Guidelines that are renewed every five years. With an aim of reducing obesity and chronic diseases, the new diet rule seeks to limit the amount of sugar Americans have in food and beverages. Studies state that the average American consumes 270 sugar-based calories (or more than 13% of calories) on a daily basis.

Following the guidelines would mean a 60 calories reduction and on a national average, the numbers will go as high as 2.2 tonnes of sugar and corn syrup. Here’s how the implementation of the dietary guidelines will work out. 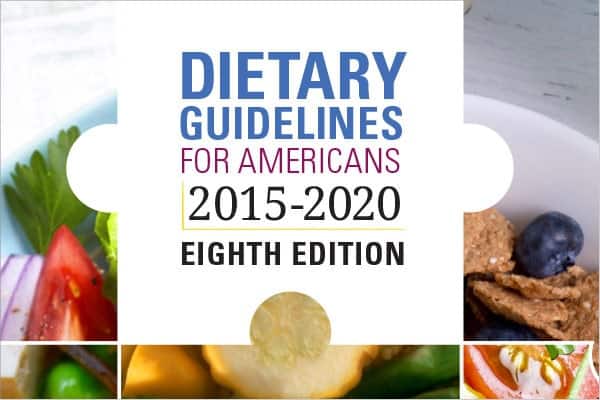 As a step towards tackling the problem of obesity and health related issues, the 2015-2020 dietary guidelines draw attention to not just sugar, but caloric content of added sweeteners in food and beverage as well. The fitness-oriented consumer has a lot to gain regarding a better handle on diet plans. However, consumers will now have to be extra cautious about their purchases. Although limiting sugar intake helps consumer health goals, reading through product labels will become a challenge to the authenticity of alternatives. Meanwhile, health advocates believe that very few Americans will abide by the dietary guidelines.

On top of the new sugar guidelines, the FDA is proposing a new nutrition label for food products.

Introducing a decline in sugar consumption has a direct link with losses incurred by an entire industry dedicated to food and beverage manufacturers, especially soda and candy brands. On a larger scale, sugar and corn companies are in for a major setback. Manufacturers are beginning to react to the dietary guidelines in their own way. Just recently, The Sugar Association that represents several manufacturing companies dismissed the guidelines claiming that it has its basis in “weak science”. The American Beverage Association has funded multiple initiatives to fight tax and labelling laws. Coca-Cola took a different route and began promoting exercise regimes over diet plans for fitness. On the other hand, companies like Cargill have created low-sugar and non-sugar alternatives.

For the guidelines to be successful, the U.S government will have to conduct a lot more research and bring more awareness of sugar content on food labels.

Sugar is the sweet poison in almost everything that we eat. When we eat an excessive amount of sugar every day, it not only adds extra inches to the waist but it is also slowly killing us. A recent study shows that a sugar loaded diet can be a source of a heart attack even if you are not overweight. Another study was carried out to see the drastic effects caused by sugar to a healthy person, and the results were disturbing. Over the span of the 15-year study, members who took in 25% or a greater amount of their daily calories as sugar were more than twice as prone to death from heart failure as those whose eating habits included under 10% dose of sugar. In general, the odds of dying from coronary illness increased as the rate of sugar increased in the diet regardless of person’s age, gender, and physical activity level.

An average American citizen’s diet consisting of beverages including sodas and energy drinks. These beverages are one of the leading causes of extra sugar intake. Other sugar sources include cakes, baked goods, and pastries; ice-creams, solidified yogurt; sweets; and prepared-to-eat cereals. American researchers took the notice of this epidemic. Over the past ten years, they came to the conclusion that Americans are exceeding their sugar limits. Now the advocates are taking steps to ensure the health and safety of the American people.

The U.S. Food and Drug Administration on July 24, 2015, passed a resolution that stated: in addition to the labeled nutrition facts; food packages should also contain a percentage daily value (%DV) for added sugar present in that item and should change the current footnote of the nutritional label. The percent daily value would specify how much of nutrient in a serving of food contributes to a daily diet and would help consumers make an educated decision for their and their families’ health. The initiated guideline is an adjunct to the March 3, 2014, proposed principle on overhauling the Nutrition Facts name, under which the FDA recommended that food companies incorporate included sugars on the Nutrition Facts label. The proposed policy did exclude the statement of the percent everyday value for added sugars.

The FDA’s initial proposal to include the amount of added sugars on the Nutrition Facts label is presently further upheld by recently reviewed studies recommending sound dietary examples, including lower measures of sugar-sweetened foods and drinks, are firmly connected with a decreased danger of cardiac disorders. In addition to providing sweetness to the foods and beverages, sugar only appends calories having no nutritional value. According to this enactment, the beverage companies are advised to restyle their nutritional fact chart posted on their bottles with details about the percent daily value listed for total fat, saturated fat, cholesterol, sodium, total carbohydrate, dietary fiber, calcium, and iron. The FDA also allowed community members to comment on the ruling for the next 75 days. The FDA has also created a survey to poll the current nutritional elements used by community members daily. Based on the comments received and the study conducted, they wanted to seek the community opinion before formally implementing the rule.

For The Full Article: http://well.blogs.nytimes.com/2015/11/09/placing-a-cap-on-americans-consumption-of-added-sugar

We have developed a wide variety of products for food and beverage manufacturers. Our products are made from fruits and vegetables. The secret to NutriFusion® is the stabilization of vitamins, minerals, and phytonutrients. Our proprietary formulas can withstand the heat and cold processing methods. Contact us today to learn more about NutriFusion®!