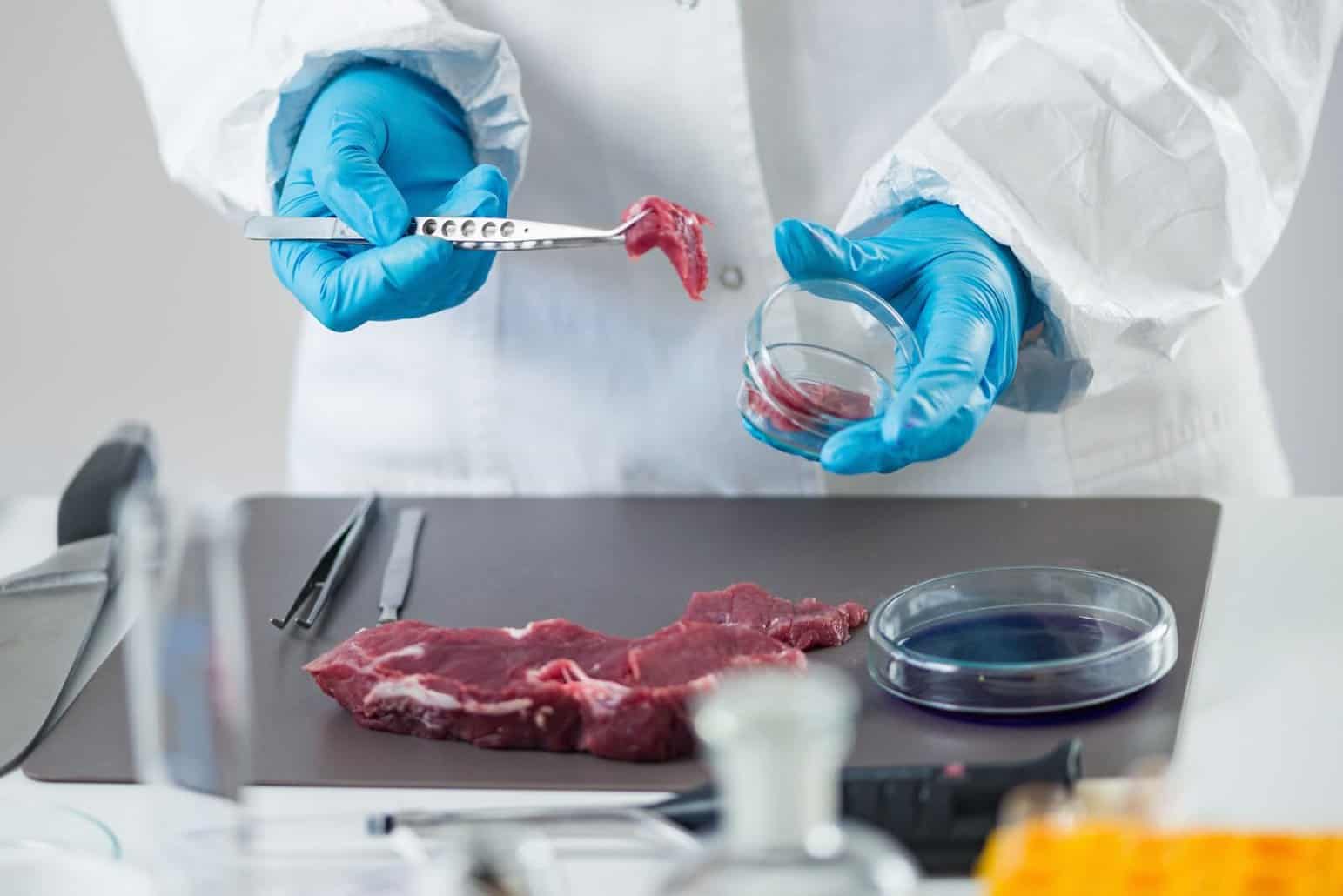 In the hopes of supplementing the world’s supply of red meat, scientists have been culturing meat in the laboratory. Lab-grown meat is starting to trend as 40% of the American population welcome the idea of consuming it, according to the results of the survey conducted by the company Surveygoo. With the popularity of lab-grown meat, it may be the future of protein-packed food.

Lab-grown meat, also called clean meat, is now a buzzword in both the vegetarian and vegan communities. Vegans and vegetarians avoid eating meat due to the ethical treatment of animals and environmental sustainability. But since lab-grown meat is cultured inside the laboratory and is grown in a unique and sustainable means, 60% of the vegan respondents are willing to try cultured meat.

But what is cultured meat? Cultured meat is real meat grown from cells in laboratory settings. Unlike conventional beliefs, cultured meat cells are not sourced from animals.  When respondents were asked if they are still willing to eat this type of meat if available in meat shops, 20% of the respondents said yes while 38% declined. While the idea of cultured meat is widely accepted, many people are still hesitant to try it.

Why Does Cultured Meat Have a Lot of Potential?

Consumers are questioning their eating habits, and this includes eating meat. Flexitarians are wondering if the consumption of meat is good regarding their health, sustainability, and animal welfare.

The doubts surrounding meat consumption has led the cultured meat industry to address these doubts. One of the companies that are exploring this niche is Memphis Meats. It is currently working on cultured meat products that will be sold to high-end restaurants by 2021. The company produced a pound of cultured meat for less than $2,400 last year. Although the cost is still higher compared to conventional animal-sourced meats, experts are working on how to decrease the cost to make it more competitive.

Another company that is taking on with this niche market is Impossible Foods. The company has made plant-based proteins that actually “bleed” just like real red meat. The introduction of the bleeding plant-based burgers has left many people excited about this cultured meat. According to chief strategy officer Nick Halla, people are not tied to meat coming from animals. What they are most concerned about is that it tastes good regardless whether it came from animal or plant sources.

The Effect of Clean Meats

Consumption of cultured meat is gaining traction, and shortly, it is believed that more people will opt for it more than animal-sourced proteins. This will significantly affect traditional animal agriculture. In fact, the U.S. Cattlemen’s Association wants to exclude animal-free protein from the real definition of “meat.” While this campaign was successful in dairy alternatives, it may be challenging to impose such sanctions on plant-based meats. Nevertheless, there should be no competition between the two types of meats as both are equally popular and have their separate markets.