Drinking artificially sweetened soda and drinks have many health risks including stroke and dementia. In a study published in the journal Stroke and Alzheimer’s & Dementia, researchers linked the consumption of sodas to the increased risk of dementia and stroke.

The Validity Of The Study On Artificially Sweetened Soda

The long-term observation study involved 2,888 people who provided data since the survey started in 1971.  The researchers found out that those who drank at least one can of diet soda daily are three times more likely to develop Alzheimer’s disease or suffer from an ischemic stroke.

Although the statistics suggest the possible link, many experts still caution people who interpret the results of the study. They noted that while there is an association between soda drinking and such diseases, it does not mean that drinking can cause these conditions to develop.

Some critics have highlighted several flaws in the study citing that if factors such as weight, genes, and diabetes were taken into account, the association with stroke and dementia would disappear. The thing is that defects in the genes, obesity, and diabetes are more likely causes of stroke and dementia than drinking a can of diet soda.  So why arrive at such a correlation? Critics point out that it is probable that the people involved in the study are already suffering from ill health such as diabetes. These patients are more likely to opt for zero-calorie drinks thus influencing the result of the survey.

Experts still suggest that drinking fizzy drinks should be in moderation as drinking too much is attributed to weight gain–a more plausible cause for stroke and Alzheimer’s.

Studies involving the harmful effects of soda on health hurt the beverage industry all over the world. In response to the bad publicity, the American Beverage Association issued a statement regarding the safety status of artificial sweeteners as highlighted by international organizations like the World Health Organization, US Food and Drug Administration, and the European Food Safety Authority. Beverage companies claim that the amount of artificial sweetener or any sweeteners for that matter that they use on their products do not go beyond the established limit set by these agencies.

Another reason why the sales of the sugary drinks industry have declined is the taxes imposed on them discouraged people from buying them. Last year, sales decreased by 21% due to higher tax rates. So regardless of the result of the study linking soda with stroke and Alzheimer’s disease, the industry is struggling with selling a product does have some adverse effects on your health. 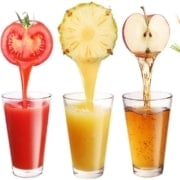 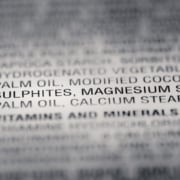