Making its debut in the pet-food industry, NutriFusion®, Hilton Head SC, is ready to take on new challenges in the emerging market for pet food enhancement. With more than $20 billion in U.S. sales recorded for 2013, the pet-food market—specifically cat and dog food—presents great opportunity and promise for NutriFusion’s® flagship product GrandFusion® — an organic, patented blend of fresh fruits and vegetables designed to enhance the nutrition profile of consumable products.

NutriFusion® excels at providing food, beverage and supplement manufacturers with a simple, and 100% natural enhancement. Through a proprietary process referred to as “stabilization,” NutriFusion® said it can convert whole fruits and vegetables into a powder-form additive without losing any of the nutritional value.

Derived from fruits and vegetables, including beets, tomatoes, broccoli, spinach, cranberries, strawberries, apples and pumpkins, GrandFusion® — as sold to pet food manufacturers—is all natural, Non-GMO and gluten-free. It supports a strong nutrient profile consisting of a special blend of vitamins A, B1, B2, B3, B5, B6, B7, B9, B12, C, E and zinc. 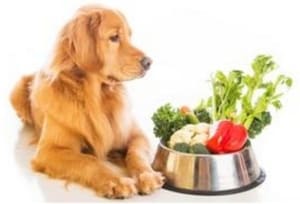 Beginning with the stabilization, which involves no chemicals or synthetics, fruits and vegetables are then separately freeze-dried, and finally blended and combined to meet a specific nutrient target. The importance of using fresh fruits and vegetables is due to their bioavailability and bio-absorption rates of nearly 100%, compared to 4-14% for synthetic nutrients, the company said. This high rate means the body knows how to take and use nearly all of the phytonutrients it obtains from those fruits and vegetables and as a result, lower nutrient levels are needed in the mix because there is less waste in the body.

GrandFusion® can deliver a wide array of phytonutrients, including a rich mix of antioxidants and vitamins, such as A, B, C and D. According to the company website, GrandFusion® has a 36-month shelf life and still successfully provides food-sourced nutrients that are described as containing natural co-enzymes, carbohydrates, proteins, fats, chelated amino acids, as well as nutrients and their associated co-factors, unlike vitamins and other synthetic products that contain only isolated chemical nutrients that the body doesn’t know how to utilize (low bio-absorption rate).

This phytonutrient mix is essential for introducing antioxidants into the body in order to combat disorder and inflammation-forming free radicals resulting from poor nutrition and oxidative stress. “This is a product that is very positive for the American public. It is not a substitute for fresh fruits and vegetables, but it offers a good alternative given the lack of time that the average American consumer typically has,” said William J. Grand, founder and CEO of NutriFusion®.

Then & Now
Mr. Grand began his career in beauty products and then transitioned into the food industry. During his time in the food industry he began to develop an interest in health and nutrition. It was also, coincidentally, during this time that he began work with Steve Perry, the business partner who, according to Mr. Grand, brought the technological side to NutriFusion®. Implementing his background in chemistry and pairing it with his high degree of interest in nutrition and foods, Mr. Perry developed the proprietary stabilization process—the key to NutriFusion’s® success. 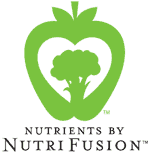 The company was established in 2008. Today products are purchased by food processors, retailers and nutritional supplement companies in North America, Asia, South America and other regions.

NutriFusion’s® flagship product, GrandFusion, is sourced to ensure quality, but the actual finished product is packaged under a special license agreement. “This company is nearly pharmaceutical grade; they operate under very high standards,” Mr. Grand stated about the company with which NutriFusion® has the license agreement.

While NutriFusion® began in the food industry it then extended into beverages and supplements—an industry that, according to Mr. Grand, the company is currently spending increased time and focus on.

“Essentially, it is an identical product in all three industries, but custom work does exist as well. By design, this satisfies about 98-99% of the market,” said Mr. Grand. “The pet food is also essentially the same product that we add to many food lines, but with specific adjustments made to the nutrient levels to accommodate clients.”

Initially, there was no plan to enter the pet food enhancement industry at all, however, NutriFusion® was presented an opportunity. “We began receiving queries from pet food industries. In particular, from international manufacturers, specifically interested in adding omega-3s,” Mr. Grand stated.

Currently, North America is still the largest market by far, but distributors do exist in Australia and New Zealand. Meanwhile countries like France, Germany and Liechtenstein are all in the early stages of development.

NutriFusion® saw its sales increase dramatically during 2014 and has already seen an increase in sales for the first few months of 2015. To handle the increased volume and oversee company growth, NutriFusion® recently hired Myra Mackey to serve as its vice president of business development. “She has a strong background and a wide range of skill sets that work great for what we need,” noted Mr. Grand.

In addition to NutriFusion’s® decision to move its product into the pet food industry, it is also working toward a patent on new technology for converting oils (e.g., omega-3s) into powder form. It also plans to unveil a new product this year at Natural Products ExpoWest in March.