Mercury in Fish: How Does it Happen? How to Avoid it? 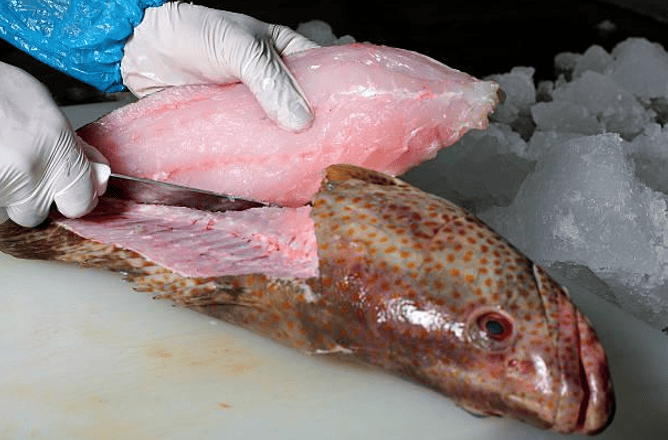 We hear about it more and more each year, mercury in fish and how it’s a problem for our health. Mercury levels in fish have climbed by 30 percent over the past 20 years. This is part of the reason why we’re told to be careful when consuming fish.

But, fish are considered a healthy protein so why would we have to put a limit on how much we could consume? We need to be careful because fish contain a high concentration of mercury that makes its way into their diet and ultimately, into our bloodstream.

How Bad Is Mercury?

First of all, this is not intended to be a “doom and gloom” article about how we need to do something quick before we destroy the planet. But, the reality is, mercury is a serious issue and fish is a significant protein that makes up a large portion of the world’s diet.

So, how bad is the mercury issue? Well, for example, as much as eight percent of women ages 16-49 have critical levels of mercury in their bloodstream. Why is this a problem?

Consuming high quantities of mercury can lead to neurological changes and developmental issues. This becomes a big issue for teenagers and young adults. In older adults, the side effects become more debilitating with symptoms such as hearing loss, sight loss, and even death.

While drinking the water isn’t a problem since most of the contaminants can be filtered out, it’s the consumption of fish containing mercury that is the problem.

Where Does Mercury Come From?

Here’s the million dollar question, how does the mercury get there in the first place? The first way is anthropogenic which is the result of human activity. This happens from sources such as coal-fired power plants. This is how 50 percent of the mercury emissions occur in the United States.

But, keep in mind that this is all natural and not man-made.

The biggest issue with mercury comes from man-made sources when mercury is reintroduced to the environment. This accounts for nearly two-thirds of all emissions. Re-emissions occur when the mercury is harvested from its natural source, locked up somewhere, and then released back into the environment.

The last issue of mercury in our water is from aquaculture and farmed fish. Many of the fish we eat are raised in fish farms where they’re fed foods containing high concentrations of mercury. The fish die and are eaten by other fish while also defecating in these cramped and dirty environments. This becomes a breeding ground for fish with dangerously high mercury levels.

Biomagnification is one way to understand how mercury gets from our environment and into our bodies. Remember that the water can contain high levels of mercury but that doesn’t necessarily mean that it’s being “soaked up” by the fish.

All of this boils down to how the food chain works. If there is mercury in the water then the plankton will have mercury. Shrimp will then eat the plankton, then fish eat the shrimp, then we eat the fish, and it goes on from there.

Predatory fish such as tuna have the highest amount of mercury because nothing else eats them and they’re consuming all of these other organisms.

There are many efforts being deployed to reduce mercury emissions but we do have a long road ahead of us.

How to Shop for Fish 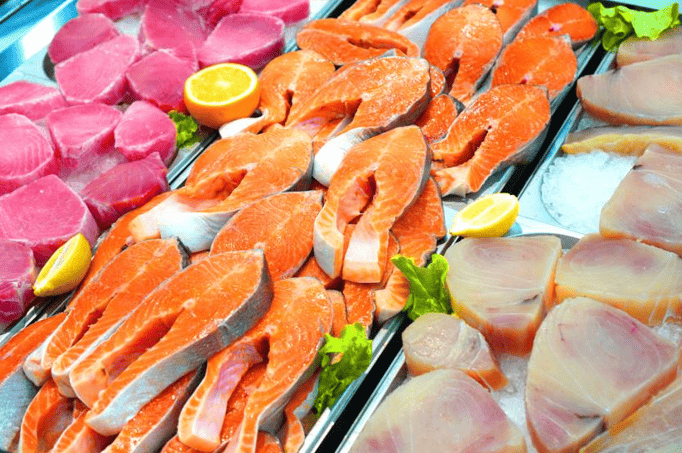 While avoiding mercury completely is impossible unless you simply don’t eat fish, there are ways to limit your consumption if fish is a large part of your diet.

Avoid predatory fish like swordfish and tuna. Canned tuna is generally considered safe because of the type of tuna used in processing it. Freshwater fish like bass and trout are generally safe as well.

Purchasing wild caught fish that is caught in the United States is also another way to reduce your mercury intake. East and Southeast Asia accounts for approximately 39 percent of mercury emissions in the world so fish harvested in this area are more likely to contain toxic levels of mercury.

Making the right choices as a consumer and supporting policies that reduce emissions are two of the only things you can do to protect yourself and your family. Progress is being made each day to reduce mercury contamination but for now, all we can do is look out for ourselves and limit our consumption.

To learn more, check out Your Bass Guy’s article about Mercury in Fish.

Coty Perry is a recreational bass angler turned environmental advocate. He’s been writing fishing guides online for over six years and during this time, he’s learned that recreational anglers have a very important role to play in protecting the waters they love so much.

NutriFusion develops all‐natural fruit and/or vegetable powders that are nutrient dense for use in foods, beverages, supplements, and pet foods. With a farm-to-table philosophy, NutriFusion’s proprietary process stabilizes the nutrients from perishable fruits and vegetables, allowing a longer shelf life and access to vital nutrients.

NutriFusion can help! Visit us at www.nutrifusion.com.

GrandFusion® in certain products, such as baked goods can extend shelf life due to the high levels of antioxidants (both from vitamins and polyphenols in the fruits and vegetables).