The US Food and Drug Administration (FDA) noted that the average American consume about 3,400 milligrams of sodium daily. The agency issued a warning that too much sodium can have serious repercussions on our health, which includes hypertension and the risk of various cardiovascular diseases. They drafted guidelines that are intended to reduce the daily intake of sodium by 2,300 mg. Americans may start cutting back on their favorite, salt overloaded, comfort foods as companies use new sodium label claims to their advantage.

The Dangers of Too Much Sodium

Sodium is a widely popular food additive and flavoring. However, excess amounts can be dangerous for your health. Excessive consumption of sodium can lead to a plethora of diseases. One of the negative effects of too much salt in the diet is an increase in blood pressure.

When too much salt is ingested, it holds or retains the liquid in the body that contributes to the growing pressure of the blood.  It all starts in the kidneys. As sodium builds up in the body, the kidneys have trouble keeping up with the excess amount found in the bloodstream. Then it accumulates and holds onto water to dilute the excess sodium. This, in turn, increases the fluid in the surrounding cells and the blood volume. This process adds a lot of burden on the heart. As a result, excess salt intake also increases the risk of heart failure and stroke. Aside from high blood pressure, intake of too much sodium can also lead to stomach cancer and osteoporosis.

While most Americans still consume significant amounts of sodium, there is an increasing trend seen in the population who show consciousness when it comes to their daily intake. They are shifting towards products that contain less to no salt.

Many consumers prefer to buy products which contain only 40% (or lower) sodium as they prefer to add the salt themselves. In fact, there is an increase in sales of products that claim to have less salt by as much as 23% since the end of April 2016. Nielsen found that the goods that have the highest sales are those that come with labels of “low salt” which has 72% of all sodium related products. On the other hand, products that are sodium-free only make up 3% of the sales.

So what could have attributed to this trend? More and more people in the United States are aware of the repercussions of including too much salt in their diet.  However, this does not mean that the sales of salt have decreased significantly. Studies still indicate that there is a spike in sales of salt by as much as 7.7% since last year. This is especially true for specialty salts such as kosher salt, sea salt, black salt, and Himalayan pink salt. Apparently, people who find it difficult to avoid salt are looking for better alternatives. These specialty salts contain more nutrients and essential elements than conventional salts. Despite their health benefits, consumers still need to control the amount of salt that they use every day. 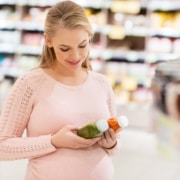 Study Shows That Consumers Do Not Understand Clean Labels

Clean Labels: From Trend To Movement