Food and beverage manufacturers are revamping their products by using organic and natural ingredients. One company that has recently joined the bandwagon is PepsiCo.

PepsiCo is launching a new version of Gatorade that has been certified organic by the USDA. The new product is devoid of any artificial flavoring and coloring. PepsiCo is releasing the new product to adapt to the growing natural food movement in the United States amongst athletes.

This is not the first time the company has changed ingredients found in Gatorade. In the past, it has removed some ingredients like brominated vegetable oil (BVO) after the company has been criticized online for using a questionable ingredient. However, this time, PepsiCo will launch organic Gatorade as a new product line with a higher price than traditional Gatorade.

Beverage Companies Like PepsiCo Must Give Consumers the Option

Gatorade controls 70% of the sports drink market, but it faces pressure from newcomers like coconut water which is favored by many people. Moreover, the organic food industry has increased its sales to $43.3 billion in 2015 which is equal to 11% of the total consumer food and beverages sales.

It took the company two years of research before it could launch the new line of products. Today, the company released different flavors of organic Gatorade such as lemon, mixed berry, and strawberry in Kroger for the initial beverage launch. Gatorade’s senior vice president Brett O’ Brien noted that the company aims to expand the distribution of the product to many natural convenience stores as well as select groceries.

Ordinary consumers are not the only ones who prefer to drink organic beverages. Athletes, who are the biggest consumers of Gatorade, want to go organic. According to the survey conducted by Gatorade, 12% of athletes show interest in buying organic products.

Revamping Gatorade to an all-natural product means that the company had to shed all artificial ingredients and refine its manufacturing practices. One of the major concerns from consumers is a change in taste because of the significant changes in ingredients.  PepsiCo assures its current customers that the taste will remain the same without sacrificing the nutritional value.

This bold move is not only observed in PepsiCo. Other companies have also shifted and joined the natural movement. For instance, General Mills has stopped using artificial ingredients in some of its cereal products while Kraft Heinz Co. released an organic version of its fruit juices.

While the product is sold at $0.50 more than the non-organic equivalent, the company is still confident that people will patronize the product because of its organic claim. After all, many consumers are now after organic products, and this is what the new Gatorade is all about. 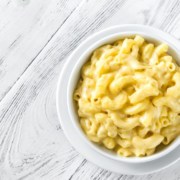 Annie’s Wants Organic To Be Affordable For All Consumers

Half of Cropland Acres in the U.S. Were Devoted to GMO Crops in 2012