Studies show that incorporating leafier green vegetables into one’s diet can help slow down cognitive decline especially among people in their advanced age. In a study conducted by the researchers from the Jean Mayer USDA Human Nutrition Research Center on Aging (HNRCA) and Rush University, they found out that those who consume 1 ½ servings of green leafy vegetables daily had the cognitive skills of people who are eleven years younger than those people who ate little to no leafy vegetables.

Dementia as A Global Crisis

The study involved 960 adults between the ages 58 and 99. The participants took annual tests to assess different aspects of their brain function such as memory and learning. The researchers also looked into the amount of green leafy vegetables consumed by the participants.

Published in the journal Neurology, the study concluded that better brain health was obtained by meeting dietary recommendations. Senior author of the study Sarah Booth noted that incorporating green leafy vegetables in one’s diet can have a lot of benefits, especially on the brain function. The reason why green leafy vegetables are so beneficial to brain function is that they contain significant amounts of vitamin K, folate, and lutein which slow down cognitive decline. Researchers suggest consuming all kinds of green leafy vegetables such as kale, broccoli, spinach, watercress, and other locally sourced leafy greens.

Mechanisms Yet to Be Understood About The Brain and Kale Connection

While the study has very significant results about brain health and its protection, the publication opened and raised many questions about how the leafy greens mainly protect the brain. Unfortunately, the mechanism on how the brain is protected is still not fully understood. Sarah Booth noted that additional studies are underway involving studying different brain sections of deceased participants who agreed to donate their brain and other tissues for further studies.  This may well allow the researchers to unlock the mystery behind the brain and kale connection.

While the exact mechanism on how the eating leafy greens help protect the brain is yet to be understood, the message is quite apparent and that eating leafy green vegetables is useful not only for your body but even your mind especially when you get older. To date, the dietary recommendation states that eating at least one to 2 servings (or equivalent to two cups) of vegetables can do wonders for the brain, but you can always eat more. In any case, there is no overdose when it comes to eating green leafy vegetables. Only benefits… no dangers. 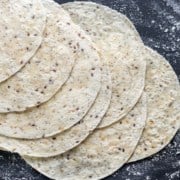 More Research Points to Botanicals as Important to Brain Health 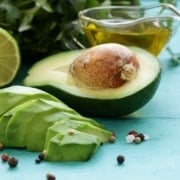 Kale: The Most Popular Ingredient In Your Pantry