Obesity is one of the most pressing health problems affecting many countries. With the wrong food choices and lack of activity, it has become a worldwide epidemic that is associated with different diseases like strokes, cardiovascular diseases, cancer, and type 2 diabetes. While many types of diets claim to be useful in letting people shed off their unwanted pounds, none are as efficient as a pro-vegetarian diet.

The study involves 16,000 individuals who were tracked for ten years on their diet preferences. The survey asked the participants to complete food questionnaires where they were scored on how flexitarian their diets were. Based on the studies, participants get more points for eating plant-based foods than meats. The points were deducted for the animal products consumed.

Based on the study, 20% of the respondents consumed more animal products while the others are leaning towards the vegetarian diet. Researchers found that those who consume mostly plant-based foods were 43% less likely to develop obesity.

How Much Is Too Much?

While consuming a few animal products is good for maintaining a healthy weight, the question is how much meat is too much? The study revealed that those who consumed 200 grams of red meat a day have higher chances of becoming obese. Consumption of fish was also noted, but it had little impact on the obesity rates.

According to one of the authors of the study, Professor Maira Bes-Rastrollo, the study recommended people to consume less red meat and opt for increasing the consumption of plant-based foods. The dangers of too much meat consumption are that it has been associated with higher intake of fat, calories, and less consumption of fiber from vegetables. This increases the risk of developing chronic lifestyle diseases.

Limitations of The Study

The study may encourage people to switch to a more pro-vegetarian diet, but the study has its weaknesses and limitations as it is conducted as an observational study. Researchers could have recruited people to eat a vegetarian diet to compare it with the other group – the one who ate mostly meat. To get the most benefits out of the flexitarian diets, nutritionists and health experts recommend cooking your own food instead of eating out to keep track of the ingredients used.

Although this may be the case, choosing to follow the flexitarian diet can bring a lot of benefits to the body. In fact, it is considered by many health experts as one of the most balanced diets anyone who wishes to stay healthy should follow. 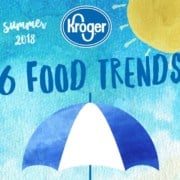 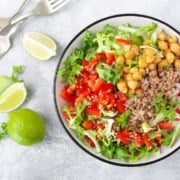