A new wave of health consciousness has become ingrained within American culture. Over half of U.S. consumers have started plant-based eating as they are under the impression that it makes them healthier. A majority of consumers have also said that this change was indefinite and some were hindered from making this change because of taste preference.

This new trend has promoted a healthier America, which will have a ripple effect on the rest of the world. Plant-based eating also supports new opportunities for growth in the market for food. Research has shown that these changes are more than simple experimentation and has instead resulted in a new way of life for many consumers.

These results are not outlandish as there is increasing support for plant-based eating. Companies are beginning to follow consumer health trends and have started to release more plant-based products. About 1/5 of Americans eat a diet consisting of predominantly plant-based foods, while 6/10 have stated that they reduced the amount of meat that they eat.

Plant-Based Eating is for Flexitarians

While in the United States more than half of all consumers are beginning to eat and drink more foods that are plant-based, that number increases to over 65% globally. In addition to this, many people are also decreasing the amount of meat they are eating. Over half say that this change is a permanent one.

People have many reasons for their reduction or outright stopping of the consumption of animal products. Some include wanting to affect the environment positively. Others believe that a meat-free diet is much healthier, some people want to limit the amount of cholesterol they intake, and even still some people prefer the taste of meat-free products.

With each passing year, the number of vegans and vegetarians are increasing in America. A study in 2017 found that about 6% of Americans reported being vegan, while in 2014, that number was only 1%. Again, many people have their reasoning, but it is undeniable that there has been a shift in the way Americans eat. Many people no longer consume animal products at all, something that would be considered odd only a few years ago. However, the growth in flexitarianism and plant-based eating is growing quicker than veganism or vegetarianism because of the stigmas that come with those words.

Taste is NOT an Issue

One major concern of many consumers is the difference in taste. However, in recent years there have been many advancements to make plant-based foods much more appealing to the taste preferences of meat lovers. Shoppers are in awe at the taste of plant-based burgers and other meats which they believe to have an even better flavor than their meaty counterparts.

Even large-scale meat companies are beginning to buy into vegan-friendly companies. Tyson Foods, as well as Dean Foods, have both since invested in small stakes in different plant-based companies. It is very probable that this trend will continue, and large-scale companies will adapt to the needs and wants of the modern consumer. 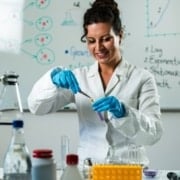