Gone are the days when owners of traditional consumer packaged goods (CPG) brands can sleep well at night. With small brands gaining traction today, brands like Nestle, Procter & Gamble, General Mills and Unilever are experiencing problems they didn’t see coming. The rise and dominance of small brands between 2011 and 2015 caused large conglomerate food companies to lose nearly 3% of their market share in the United States.  In the study conducted by data provider IRI and Boston Consulting Group, emerging local competitors are now being considered as threats to big multinational companies.

The Rise of Smaller Competitors

Why are large CPG companies suffering from decline? Marketing experts believe that size has something to do with it. One of the challenges of giant companies is their centralized decision-making processes and their consolidation of manufacturing processes. With the popularity of the brands themselves, companies have to spend millions of dollars in advertising and shelf placements at retailers.

On the other hand, advertising is also changing through time. TV advertising is no longer effective according to Nik Modi from RBC Capital Markets. With the rise and relevance of social media, it has provided an avenue for small brands to market their products to many people. In fact, hundreds of small brands have benefited from the rise of e-commerce as online sales have increased over the past five years.

Many multinational giants find it hard to keep up with the fast-changing market trends. For instance, many people tend to patronize local companies producing essential products.  Ali Dibadj of Sanford C. Bernstein research firm pointed out that in many developing countries, middle-income consumers assume that Western products are superior therefore expensive; instead, they opt for local products that are cheaper but are just as effective.

In China, for instance, the sale of a local toothpaste manufacturer Yunnan Baiyao Group rose from 10% to 45% which indicated that the small local brands are being patronized instead of the branded consumer packaged goods (CPG).

Another interesting thing about small brands is that most consumers trust small brands more than the established ones. In the survey conducted by consultancy firm Deloitte, 10% of the respondents said that they are willing to pay more for the “craft” or “artisan” version of products than the mass-produced ones from large enterprises. This is one of the reasons why there is a rise of small companies that market the idea of “artisan,” “craft,” and “organic.”

The market situation has provided an excellent opportunity for smaller brands.  These brands have contributed to the introduction of new products in the market. In America, for instance, more than 4,000 craft brewers have emerged over the last ten years as well as thousands of small brands using real, organic, and non-GMO ingredients.

What are big companies doing to address the problem? Aside from merging with other big companies to create better versions of their products, many are also backing smaller rivals. For instance, companies like Campbell Soup and Hain Celestial have helped small consumer packaged goods companies to manufacture organic baby foods.

The market remains strong for giant CPG companies, but they will have to pay closer attention to their nimbler, smaller counterparts. We will see more and more companies acquire small brands to fill their voids in market trends. 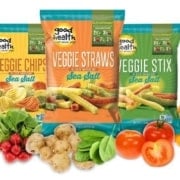 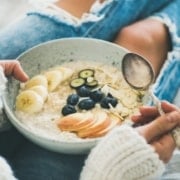 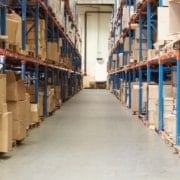