We are beginning to reconnect with the knowledge of plant based, whole food as medicine was neglected with the onset of big pharma. Dr. Robert Weiss believes that a change is coming in the way we approach medicine and health. He states that plant-based whole foods are more powerful as disease-modifying tools than any drugs or surgeries. Weiss, a doctor of 25 years in Hudson County, has sold his practice in New York for quite a long time. He has been researching how food can be used as a medicine and has established the first farm-based medical practice in Long Valley, New Jersey. The 348-acre farm can be referred to as “farmacy,” since it is a place where the doctor explores and utilizes plant-based “food as medicine.”

Plant Based, Whole Food as Medicine

Research on plant-based medicine has taken a back seat, yet billions are being spent on the production of synthetic chemicals to treat the symptoms of diseases; this happens despite the fact that ancient history has already known the potential of plant-based medicine. A substantial amount of money can be saved by prioritizing a proper diet comprising of seeds, grains, beans, nuts, fruits, and vegetables. It’s interesting to note that a strict diet regimen can also be used to treat those already afflicted with ailments. This doesn’t mean that when one breaks an ankle, they can fix it by salve of mugwort on it. They will definitely need someone to fix it. The issue here is that a proper diet can be used to prevent and treat chronic diseases – the cancers, the cardiovascular diseases, the strokes, the heart attacks, etc. – the illnesses that are destroying people’s lives.

Dr. Weiss says that the nutrients in vegetables and fruits prevent inflammation, which is the cause of many chronic diseases, or so it is believed. A recent study from Dr. Mark Kindy at the Medical University of South Carolina showed that inflammation was reduced with a concentrated fruit and vegetable powder called GrandFusion®.  Weiss believes a plant-based diet can help us reduce the reliance on pharmaceutical drugs that are dangerous and are known to bring on a host of negative side-effects. He also strives to avoid, where possible, unnecessary surgeries that are painful and dangerous.

The farmacy already has 90 families that volunteer time harvesting vegetables and picking weeds. The families pay a membership fee, and their goal is to get as many people as possible to be interested in their diet. The farmacy is then able to sustain itself and involve all the consumers in the food production. The doctor adds that there are studies that have shown working in the garden and making contact with soil bacteria can make one happier and smarter, by triggering the release of serotonin in the brains. 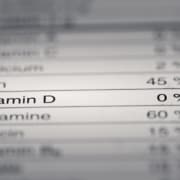 Belly Fat is More Dangerous For Heart Than Obesity