At least 800 million of the world’s population suffers from hunger. While food production rates soar, the amount of food wasted yearly is 2.9 trillion pounds, a quantity that can feed those suffering from hunger twice. These statistics beg the question – how does a third of the world’s food end up wasted?

The Link Between Ugly Food and World Hunger

National Geographic recently shared a story on a food project that involves cooking with food wasted at a typical supermarket. Activist Tristram Stuart to demonstrate the usefulness of discarded food, created a project to make restaurant meals for 50 within 24 hours. The ingredients would be food ingredients that were deemed unfit for use from farms and sellers in New Jersey. Stuart sourced ingredients from vendors who had quite a bit of crookneck squash, beet greens, apples, and wheatgrass. The project ended in bowls of squash tempura, zucchini noodles, and turnip and tofu dumplings.

The 24-hour challenge leads to important revelations about food wastage. Most food goes to waste and remains unsold due to how it looks. Further, Stuart shares his chat with Luis Garibaldi, owner of Fundo Maria Luisa, the largest grower of mandarins. He asked how much of it is exported and what becomes of the discarded produce. Garibaldi stated that while 70% is exported to North America and the European Union, 30% of it is either blemished, sunburnt, isn’t the right color and size or lacks sweetness and is rejected. The rejects are then sent to local markets at one-third of the price. This brings us to the cosmetic standards most producers and buyers attach to food. The supermarket standards for fruits and vegetables is creating the food waste problem. But we cannot just blame the supermarkets because their standards were built on consumer expectations. Consumers have to grow comfortable with eating ugly fruits and vegetables for us to change society and reverse the food waste problem.

While the global hunger issue continues to evolve, the population in developing and developed countries wastes quite a bit of edible food. Most of the food are lost because it loses its shelf life in the process of exportation as well. It has drastic environmental consequences. The food production process uses a ton of natural resources including land and water. We can quickly draw the conclusion that wasting food is equivalent to wasting precious resources.

Ugly Fruits and Vegetables Could be the Solution

Reducing food waste is now on the agenda internationally. Ugly fruits and vegetables might just be the solution to world hunger. The waste that happens between the farm, the grocery store, and at home is enough to feed millions. Food that is edible yet rendered unappealing due to its appearance can be put to good use and gradually help the rest of the world eat.

Read the full article by  nationalgeographic.com 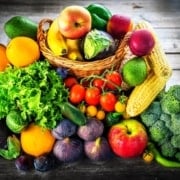 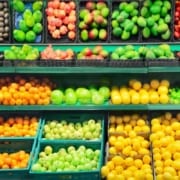 Nutrients from Fruits & Vegetables are Depleting

GrandFusion® is a blend of fruits and/or vegetables that can significantly increase the nutritional profile and, therefore, the marketability of food, beverage, pet, and snack products.