So what is the Food Price Index and why is it important? It is a trade-weighted index that tracks the prices of basic commodity groups like cereals, dairy, oilseeds, sugar, and meat in the international market.  It measures the monthly changes in the international prices of the common food commodities consumed worldwide.

The value of the world food prices is affected largely by different factors including:

All of the basic commodities are affected differently by these factors.

For instance, the price of dairy products in the international market fell by as much as 28.5% because the industry was hit by a surplus of supplies alongside falling demand. This trend was also noted for meat products which are 15.1% cheaper since January 2015 because of the high supply of pork meat. On the other hand, the positive situation of wheat production led FAO to increase its estimate of the world cereal output in 2015. However, this increased estimate was still 1.2% below the recorded harvest of the previous year.

Although there is a seven-year downward trend of the food prices in the international market, this does not mean that there is a huge surplus of the five basic commodities. The food price index is an average measurement and does not us  give the total picture of what is going on in the commodity production. For instance, the micro conditions such as El Niño have a direct effect on agriculture which leads to a low production of commodities like dairy and wheat.

In a specific example, the crop prospects in Southern Africa have been weakened by the El Niño phenomenon which resulted in the prediction by FAO that wheat output in the region can go down by as much as 25%.  Moreover, the dry weather in Ukraine and Brazil also impaired the planting season of the farmers.

Agriculture in the different regions of the world is unique from one country to  another. Some places are experiencing severe weather conditions that are unfavorable for planting while agriculture conditions in places like Russia compensate for the low production of other countries. This has created a buffer for the world food prices.

What Does This Indicate

Just like the other price indices (stock and commodities), the international world food price index is entering the bear market and it can be a sign of the presence of mild inflation. While it might be a cause of alarm for producers as the high supply meets the low demand, consumers can use this opportunity to buy more of the five basic commodities to help improve agriculture, the flow of products, and the market as well. 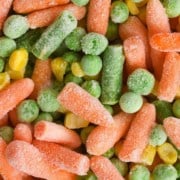 Innovative Food Brands Sneak Veggies on to Your Plate